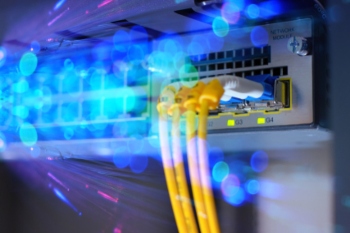 County ares could become the 'poor relation' to cities in the Government's gigabit rollout, MPs have warned today.

A new report from the County All-Party Parliamentary Group found that only one in five rural properties have access to gigabit broadband speeds, compared to over three quarters of London.

Levelling Up Digital Connectivity in Counties found while large towns and cities in the North and the West Midlands have on average 51% coverage, ten counties have got less than 15% gigabit coverage.

County MPs said they worry ministers will focus on the places easiest to rollout gigabit broadband to hit their 2025 target, putting county areas at a long-term disadvantage.

The report, produced with the County Councils Network (CCN), calls for the Government to consider devolving digital infrastructure budgets as part of county devolution deals.

Peter Aldous, chairman of the County All-Party Parliamentary Group, said: 'Whilst progress in connectivity has been rapid since 2019, much of this has been focused on London and the major cities so far, and there is a real risk that county areas are once again the poor relation in internet speeds unless the government urgently prioritises county areas.

'If the government’s levelling-up and economic recovery efforts are to be successful, providing fast and reliable broadband must be part of the equation. It is vital that this investment reaches left-behind county areas, and local county authorities stand ready to work with government on the rollout.'