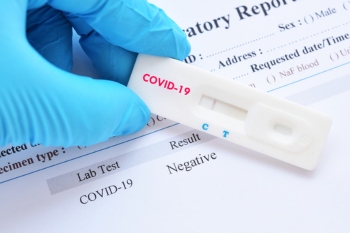 In its second report on the NHS Test and Trace (NHST&T), the NAO said: ‘Local authorities still struggle to get timely access to the data they need to deal with localised outbreaks of COVID-19, and they are unclear on the planned operating model after July 2021.’

This makes it difficult to deal with localised outbreaks, the watchdog said.

A shift to the UK Health Security Agency, which is being set up to replace Public Health England, risks diverting attention away from containing the spread of the virus, and creates uncertainty over the roles of local and national bodies, the audit body claimed.

The report claimed there has been significant improvements in NHST&T since it first started, but more needs to be done to cut the time taken to reach COVID cases and their contacts.

Overall, the report claimed NHST&T had improved, but still faced poor turnaround for testing, an over-reliance on consultants, and poor compliance for those who were asked to isolate.

The number of contracts awarded using emergency regulations fell from 46% in April-June 2020 to 6% in January-March 2021.

Comptroller and auditor general, Gareth Davies, said: ‘Since we last reported in December, NHS Test and Trace has introduced a lot of changes, including mass testing, closer working with local authorities and initiatives to identify and contain variant forms of COVID-19.

‘However, some pressing challenges need to be tackled if it is to achieve its objectives and deliver value for taxpayers, including understanding how many lateral flow devices are actually being used and increasing public compliance with testing and self-isolation.’

‘Coronavirus will be with us for many months and years ahead. Councils with their public health responsibilities want to play their full part in helping to design a test and trace strategy for the medium and long-term which keeps our communities safe,’ he said

‘With the necessary resources, data and personnel councils can respond swiftly to any future local outbreaks or variants.’