Councils approve planning applications at ‘fastest rate’ in a decade 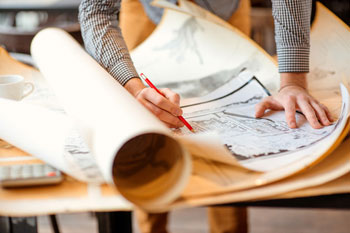 Local authorities are approving planning applications at their fastest rate in over a decade, a homelessness charity has revealed.

Figures released by Shelter show that in 2017/18 87% of major residential planning applications were decided within 13 weeks or the agreed time limit.

This compares to 2012/13 when 47% of major residential planning applications - the lowest figure on record - were decided within 13 weeks or the agreed time limit.

Shelter also discovered that there was a 22% rise in the proportion of minor residential planning applications decided within eight weeks or the agreed time limit between 2012/13 and 2017/18.

‘Developers often blame the planning system for their failure to build the kinds of homes families need but these figures show that’s a myth,’ said Greg Beales, campaign director at Shelter.

Criticisms of the planning system are often used to justify the extension of permitted development rights (PDRs), which allow builders to circumvent councils when converting commercial property.

Mr Beales is concerned that the Government is planning to further extend PDRs to demolished commercial buildings which he argues could lead to poor quality and unaffordable housing.

‘That’s why the Government shouldn't go ahead with its plans to further dismantle the system - and gift developers yet another get-out clause to avoid social house building obligations,’ he said.

‘Instead of worsening our housing emergency by de-regulating planning, we need to invest in social housing to build the homes people really need.’