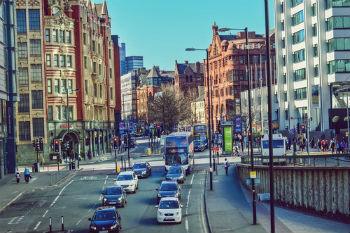 Local authority leaders have called on the Government to provide all councils with ‘stable, devolved infrastructure and public transport budgets.’

The think tank Centre for Cities has called for the upcoming Budget to target transport and infrastructure spending in places that are already experiencing congestion due to economic growth.

It urges the Government to invest £32bn over 20 years on new transport in Britain’s 62 largest cities and towns, targeting those where congestion is worst.

Responding to this report, the Local Government Association (LGA) has urged the Government to ensure councils have secure infrastructure and transport budgets which ensure a funding allocation in advance for five years.

‘To help do this, we would like to see the Government in next week’s Budget provide all councils with stable, devolved infrastructure and public transport budgets – ensuring a funding allocation in advance for five years, which would enable them to deliver infrastructure improvements that allow people to move around in less carbon intensive and more sustainable ways.

‘This will help reduce congestion and enable the creation of safe and attractive public transport networks.’