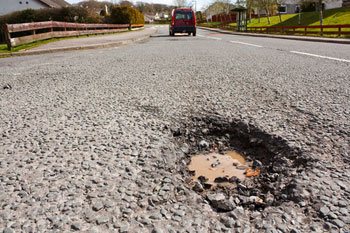 The estimated one-time cost to get local roads in England and Wales back into a ‘reasonable, steady state’ is £10.24bn, according to this year’s ALARM (Annual Local Authority Road Maintenance) survey – the popular benchmark for the upkeep of council networks.

Last year the figure was £11.14bn, which had risen significantly from £9.79bn the previous year.

The time it would take to clear the maintenance backlog if local authorities had the funding and resources available to do the work is now estimated to be 10 years, down from 11 years.

Although the average time before a road is resurfaced was 68 years across the survey, it varied significantly from 83 years in England (but 31 years in London) to 46 years in Wales.

The slight improvement in the figures from last year may reflect the increase in funding. Across England and Wales total highway maintenance expenditure on the carriageway itself in 2020/21 was around £2.17bn, up from £1.77bn last year but less than the £2.23bn reported in ALARM 2019.

Reported budgets have increased by 15%, helped by extra central Government cash such as the Pothole Fund in England. Average budgets were £23.8m per authority in England and Wales, compared to £20.7m in the 2020 survey.

However, budgets are lower than they were two years ago, averaging £24.5m in 2019, with road conditions ‘yet to see any significant improvement’.