Clerks and councillors: Raising their game 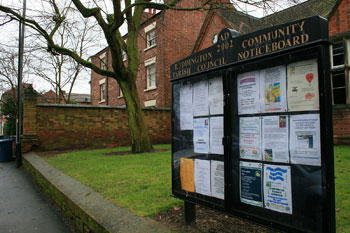 There has never been a more challenging (or exciting) time to be a parish councillor.

Forget cemeteries and footpaths for a moment, many parish or town councils count car parks, community centres and CCTV among their list of responsibilities - and it is doubtful things will stop there.

Stepping in to save services that higher-tier authorities can no longer afford does not just mean raising precepts. It creates extra demands on councillors and clerks, many of whom never expected to be as involved in providing services.

Tempting as it may be, councillors should not attempt to do everything, warns Sue Baxter, chair of the National Association of Local Councils. 'Councillors are non-executive directors,' she says. 'The clerk is chief executive.'

This makes the capacity and capability of the clerk critical, says Rob Smith, chief executive of the Society of Local Council Clerks (SLCC). 'Councils are becoming much more complex in terms of what they’re expected to do, and clerks must up their game.'

This does not only mean better management. Clerks need to advise councillors and perhaps build a relationship that is not dissimilar to that between civil servants and MPs. A healthy relationship between the clerk and chair of the council is vital.

Training is available for councillors and clerks, but it cannot cover everything. These are the main areas where a reasonable working knowledge is required:

1) Finance: Parish and town councils are dealing with more money than ever. The largest, such as Salisbury, have multi million-pound budgets, with most cash - but not all - raised through the precept. Where parishes take over facilities, they should look for better value for money, says Johnathan Bourne, clerk at Royal Wootton Bassett. Here the town council reduced running costs for its public toilets by one third after refitting them and making them unisex, cutting vandalism and other crime. Councils should also be aware of the effect that raising charges such as car parking has on business, even where the financial gains are tempting.

2) Law: Parish councillors are not expected to be qualified lawyers any more than they are accountants. But it is essential to have a basic understanding of areas such as health and safety and employment law. They should employ people, including a clerk, who can advise on matters such as contracts. As in other areas, it can be a matter of councillors knowing which questions to ask, rather than having all the answers to start with.

3) Human resources: Some parish councils are becoming sizeable employers, recruiting not just administrators but maintenance staff and supervisors. While the council has ‘umbrella responsibility’ for employees, says Baxter, the clerk is responsible for day-to-day staffing issues and answers to the council for their performance.

4) Planning: Not necessarily everyone’s cup of tea but planning now involves more than just commenting on householders’ extensions. Neighbourhood plans give parish and town councils the opportunity to shake-off any ‘nimby’ image and embrace new homes, shops and offices. Parishes shouldn’t be afraid to draw on advice from principal authorities, or consultants, and as in other areas, it is often a matter of asking the right questions, while agreeing on key objectives.

5) Communication & negotiation: Perhaps the most important skills of all. Parish councillors typically represent fewer electors than other politicians and are more likely to meet them in the street. They should be prepared to defend increases in the parish precept and flag up the council’s achievements, while listening to complaints. And they must communicate effectively with higher tier authorities and service providers, while building alliances with organisations such as the police and clinical commissioning groups. 'Many councillors are involved in micro networks,' says Professor Colin Copus of De Montfort University. 'They use their skills to accrue resources for their communities.'

So how is this best done? Councillor training is generally provided at county level. In Hampshire, towns and parishes are drawing on £500,000 from the county council to run a range of courses ranging from core skills to finance and planning.

Mike Evans, chair of Whiteley Town Council, says it is important that councillors are willing to undergo training, so they can “step up to the mark” when communities face problems due to cuts.

Where individuals have a background in law or finance, it is useful for the council to draw on, but others need to gain similar knowledge and expertise. 'We have to recruit younger councillors,' adds Evans. 'People see us as volunteers. We are volunteers until we sign the declaration of being a councillor.'

Things can get complicated where councils take over community facilities such as pubs and shops. While these may be an extra source of income, councils should be wary. Three years ago, Dilwyn parish council in Herefordshire was criticised by the Audit Commission after it refurbished a pub bought as a community hub.

Under the Localism Act, parish and town councils can do anything individuals might reasonably do (known as the ‘general power of competence’) - providing at least two thirds of councillors are elected and the clerk holds the Certificate in Local Council Administration.

The SLCC encourages clerk to study for higher-level qualifications, covering areas such as community governance and project management. In Royal Wootton Bassett, clerk Johnathan Bourne says councils should only step in if a facility or service is not already provided. 'Why do it if a private business can do it?' he asks.

So where will it all end, and how many staff will parish and town councils eventually employ? According to Rob Smith: 'There needs to be a significant investment on the part of councils in professionals within the council.'

And those elected? Professor Colin Copus, chair of a commission that looked into the voice and role of councillors, says parish and town councillors are generally as able and skilled as those in higher-tier authorities. Unlike those in other councils, they also need to do most of their own research.

But equally, parishes and towns are aware of their limitations and capacity to provide further services. 'Only those councils that are ready will put up their hands and take on new roles,' he says.