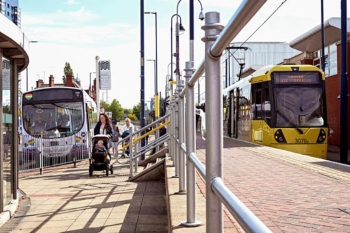 Greater Manchester mayor Andy Burnham has confirmed that he plans to implement bus franchising in the city region ‘as part of plans for a joined-up and truly passenger-focused transport network’.

Transport for Greater Manchester, which is part of Greater Manchester Combined Authority (GMCA) led by Mr Burnham, said the city-region will be the first outside London to have buses that are under local control, ‘allowing local leaders to set routes, frequencies, fares and tickets’.

By the end of 2025, it said this will allow GMCA to fully integrate buses with the rest of the transport network, 'as part of a passenger-focused network with easy end-to-end journeys'.

‘Bringing buses into local control will be the biggest change to Greater Manchester’s buses since de-regulation in 1986. But as with all change for the better, it will take time; it won’t happen overnight and we are just at the start of our journey.’

TfGM said that to ensure a smooth transition, franchising will be introduced in phases, with the first franchised buses starting to run in Bolton and Wigan in early 2023 and the move to a fully franchised system across the whole of Greater Manchester by the end of 2025.

It said that in the period up to full transition, GMCA and TfGM will work with central government and bus operators to plan and improve services.

Centre for Cities chief executive Andrew Carter said: ‘The decision to franchise Greater Manchester’s buses is a significant step forward for the city. We would expect it to bring cheaper fares, more routes and better buses, as it has done in London – the only other city in the UK where the mayor runs buses in a similar way.