Two Black Country stations to reopen thanks to £10m grant 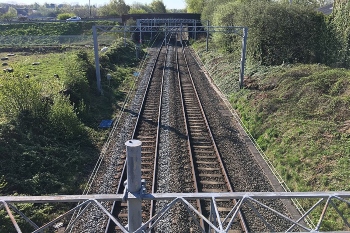 Two stations are to be reopened in the Black Country thanks to a £10m Government grant after being closed for nearly half a century.

Darlaston and Willenhall railway stations on the Walsall to Wolverhampton line are being brought back into service to provide improved connections to Wolverhampton, Walsall and Birmingham New Street.

They will work closely with the Department for Transport (DfT), Network Rail, West Midlands Railway, Walsall Council and the City of Wolverhampton Council.

The project will be funded by a £10m DfT grant, with further costs being met from the HS2 Connectivity Fund.

Andy Street, the mayor of the West Midlands, said the new stations will help drive ‘significant regeneration’ along the rail route by unlocking land for housing, industrial and commercial development.

He also said it would help tackle congestion and climate change by encouraging people to use trains rather than cars.

‘This announcement really is brilliant news,’ he added.

Cllr Ian Ward, WMCA portfolio holder for transport and leader of Birmingham City Council commented: ‘The reopening of stations in Darlaston and Willenhall will encourage growth in industry and jobs in the Black Country as well as better linking communities to opportunities elsewhere.

‘But this is just a part of our plans to transform rail service and public transport across the West Midlands.

‘We are making progress with reopening Camp Hill line in Birmingham, creating better connections to the planned HS2 stations and seeing investment in more services, more capacity and better facilities across the region’s rail network.’