Time to take action on housing 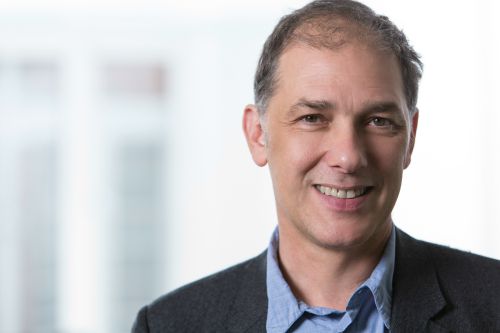 Dealing with our country’s chronic housing shortage is the greatest public policy challenge we face today.

The number of owner occupiers is at its lowest level since 1987 and falling and under 35s now make up half of all private renters. This is nothing short of a disaster for aspiration as young people find themselves frozen out of a stake in the communities they live and work in.

If we are to offer our children the same opportunities we had to own a home of our own, and by extension a tangible stake in our communities, radical changes are needed in our approach to housing supply.

We are currently far too dependent on large developers who find it hard to build more than 150,000 homes a year - and very few of them affordable. While housing associations deliver the affordability, their developments are not at sufficient scale to meet the pressures of housing demand. So what options are we left with?

Scalability is a crucial part of the problem. For reasons of both finance and immediate social impact, larger developers and housing associations focus their attention on large swathes of brownfield land. This ignores the thousands of small brownfield infill plots that are dotted across our towns and cities and lie unnoticed by both developers and local authorities.

SME developers could play an important role developing these small plots and helping middle income people onto the housing ladder. It is no coincidence that the collapse in both house building and homeownership mirrors the decline of the small house builder. Releasing surplus land to these smaller developers faster is key to solving the housing crisis as they are the only ones who will not land bank and can therefore deliver the new homes in the timeframe we need.

The planning system can work quickly if required but the land disposal and legal processes (Section 106 leadtimes especially) consistently exhaust the resources of the smaller businesses. Ironically, the release of smaller sites for affordable housing have considerably fewer legal hurdles to overcome yet still they get stuck for months and sometimes years in the system.

If local councils, and the contenders for new elected mayoralties, are serious about helping young people onto the housing ladder they must turn their attention to releasing this vacant land to smaller developers willing to build at this scale. Steps are being made in the right direction.

Housing minister Brandon Lewis indicated this month that he is keen to sell enough public sector land for 150,000 new homes in the next five years and has started to make funds available for smaller developers through the Housing Growth Partnership.

More encouraging are the moves to devolve powers over housing and development to combined metropolitan areas. Greater Manchester will be the first but other cities are expected to follow. The devolution of these powers to London in 1999 provided the Capital with a more joined up approach to housing. This has allowed successive Mayors to work with boroughs to develop a strategic and united approach to tackling the housing crisis where it is most acute.

There is still more to do in London but great strides have been made in the right direction.

Devolution creates the groundwork for a united vision on housing. Now is the time to take it further and properly audit and release the idle land around us. Only by delivering this land to the right sort of developer can councils encourage a renaissance in both the fortunes of local small builders and make home ownership a realistic possibility for the next generation.

There has never been a better opportunity to meet these aspirations and we must act now to seize the momentum.