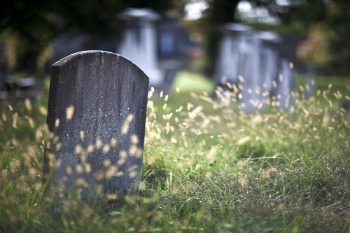 According to a freedom of information request made last November by BBC Local Radio, they have increased almost 30% in the past four years to around £1.7m. At a time when councils are struggling to find enough cash to look after the living, the rising cost of caring for the dead can be difficult to cope with.

The heir hunting company Finders International wishes to ease the burden. It has set up a funeral fund which can help subsidise the cost of PHA funerals which, under the Public Health (Control of Disease) Act 1984, councils are obliged to organise for anyone who passes away without next of kin. I spoke to Daniel Curran, Finders’ managing director and regular on the BBC’s Heir Hunters, to find out more.

The idea came to Mr Curran and his team during a conversation with an official from an unnamed council. The official said they were only half way through the year and yet had used up their budget for public health funerals. Surprised, the heir hunters inquired as to what the next step would be. ‘We have to go back to the Government and ask them for more money,’ replied the official. ‘Is there no one else that can help?’ said Mr Curran. ‘No, its only a Government grant - all the pressure’s on local authorities to pay for these things,’ came the response.

Finders International had been trying to decide in which direction to go with their charitable works and were looking to do something relevant to their primary occupation. As probate genealogists, Finders trace the relatives of people who die intestate - meaning no one has claimed their estate - so the next of kin can obtain their inheritance (hence ‘heir hunters’). Finders earn their money by charging a commission for this task.

Their conversation with the council official highlighted an area they could help with. Local authorities already frequently turn to Finders for help. ‘We do a lot of work for the public sector - in other words councils, hospitals, coroners that sort of thing - free of charge,’ Mr Curran explains. ‘The arrangement is if we find next of kin on cases they refer to us, we sign a commission fee agreement with those people.’ So the idea of setting up a funeral fund to help out with PHA funerals was a natural step.

The idea behind it is simple: A council can engage the services of Mr Curran’s team - free of charge - in order to locate the next of kin of someone who has passed away. If nobody can be located, the council will be able to apply to the Finders’ funeral fund for a subsidy to cover all or part of the costs of the PHA. ‘It’s a very simple, one page form on our website,’ Mr Curran explains. ‘They make the application saying, “Finders have checked and there’s no next of kin. Can you help us pay for it?”’ ‘Its not going to change the earth but it’ll help relieve the burden of the payments they have to make,’ he added. Finders will not help if the next of kin are found but refuse to pay.

The heir hunters can potentially benefit quite a bit from this generous fund. As well as it being a useful way to direct their charitable works, it also opens up the possibility of extra advertising within a sector - probate genealogy - that is very competitive, particularly when an interesting case comes along.

This does, however, cut both ways. The extra advertising Finders’ involvement can bring can help draw attention to the funeral of someone who might otherwise have been forgotten. ‘We worked on a free case for a council where the deceased was a very well respected war veteran who had no one in touch,’ Mr Curran tells me. ‘But when we started publicising it and getting in touch with people we ended up with about 150 people at the funeral. Our getting involved might not mean that we actually get paid for everything but it does mean sometimes we can attract publicity and additional attendees to the funeral.’

The cost to the public purse of PHA funerals can be substantial. The council with the highest total spend was Wandsworth, which spent in excess of £41,000 in 2015/16 on 37 public health act funerals. This works out as an average of just over £1,100 per funeral. Extra support, such as that provided by Finders, could prove very welcome to squeezed authorities.