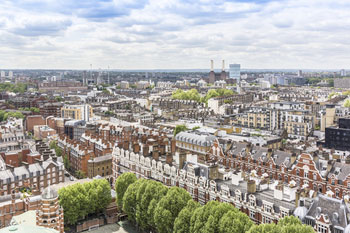 Over 22,000 properties are sitting empty across Greater London, new research has revealed.

A study of unoccupied homes by the insurance company HomeProtect has found that the total number of properties in the capital unoccupied for six months or more rose by 2.8% between 2013 and 2018 to a total of 22,481.

The City of London and Croydon have seen the largest increase in the number of unoccupied properties between 2013 and 2018, both rising by 81%.

Property expert, Emily Evans, explains that the rise of AirBnB has played a large role in the growing number of empty properties in the capital.

‘The Government have made it difficult to be a landlord, so it isn’t that much of a lucrative market,’ she explained.

‘Landlords are now selling up or choosing to adopt the “AirBnB” holiday home model, over a traditional residential let. Southwark especially has a lot of part-time homes and AirBnBs. However, further south in Southwark is classed as more of an “up and coming” area, meaning a lot of properties will be being bought and renovated.’