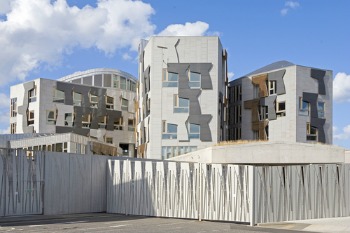 A number of concerns about Scotland’s City Region Deals have been raised today by a Holyrood Committee.

In a new report, the Local Government and Communities Committee argues there are significant issues with the economic growth projects that must be addressed. This includes ‘confused and cluttered’ priorities between local authorities and the governments.

Deal or No Deal also calls for local communities and businesses to be involved in City Region Deals in a meaningful way, and for rurual areas not to ‘lose’ out to bigger cities.

Bob Doris, the committee convener, said: ‘While it’s still very early days in the City Region Deals lifespan, it’s not clear how other towns and the more rural and remote areas of Scotland will benefit from these Deals.

‘There is also a risk that some parts of Scotland could miss out or lose out on the benefits that these projects may bring, and that other initiatives are treated as the poor cousin in comparison.

'In order for City Region Deals to be a success right across Scotland, we need clarity on when this initiative will be extended to all.’