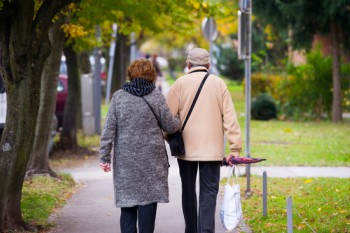 An 'unprecedented' rise in the number of elderly people in rural county areas is pushing counties to breaking point, council leaders warn.

Figures from the County Councils Network (CCN) show the number of elderly people in county areas has risen by half a million in three years. The number of over 65s living in these areas increased by 10% between 2013 and 2016, higher than any other part of England.

The CCN warned this change in population is not recognised in the way funding is distributed to councils so their residents will face ‘disproportionate cuts’ compared to England’s urban areas.

Residents in counties will receive £161 of core funding per head by 2020, while the average resident in other parts of England will receive £266 each.

It is calling for the government's new methodology funding for councils to include elderly population growth or risk the system becoming unsustainable.

Cllr Colin Noble, health & social care spokesman for the CCN and leader of Suffolk County Council, said: 'We are dealing with an elderly population boom on an unprecedented scale, creating significant pressure at a time when we can scarcely afford it, with counties facing severe financial difficultly that threatens existence of highly-valued public services and means we have to reluctantly consider charging for other life-critical services.

'Of course, people living healthier and longer, not to mention choosing to live in our historic counties, should be celebrated. But this growth – and therefore extra demand - is not reflected in the way that our councils are presently funded. This is outdated, unfair, and unsustainable in the long-term.?'