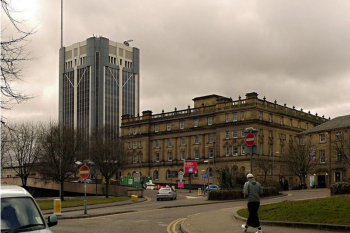 The Mayor of Blackburn with Darwen has resigned after he received a police fine for breaching coronavirus restrictions.

Cllr Iftakhar Hussain was fined £200 after police found him at a house celebrating a wedding with a reported eight other people.

Cllr Hussain has now stepped down from his role and has offered his ‘deepest apologies’ for the incident.

He said: ‘Given recent events, I have taken the decision to step down from my position as the mayor of Blackburn with Darwen with immediate effect. I believe this is the right thing to do and I no longer believe I can continue to serve as mayor to the best of my ability.

’I do not want to make any excuses; I regret the momentary lapse of judgement – I should have known better and I accept full responsibility for my actions.’

Sayyed Osman, deputy chief executive of Blackburn with Darwen Council, said: 'We believe this was the correct course of action and reinforces the council’s members’ code of conduct, which highlights personal responsibility. We do not endorse or condone any behaviour that falls outside this code and the coronavirus restrictions and guidelines.'

Cllr Derek Hardman, deputy mayor, will step into the position for the remainder of the municipal year until May.