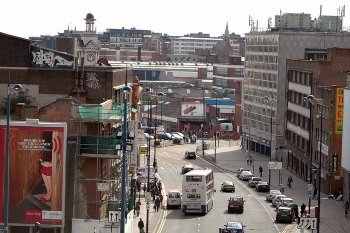 A new deal to unlock up to 1,000 new homes has been agreed between Birmingham City Council and Homes England.

The development will create a new neighbourhood in Digbeth, providing up to 25,000 square metres of employment space.

‘This is a huge boost and the development will deliver much needed homes and jobs for the people of Birmingham,’ said Cllr Ian Ward, leader of Birmingham City Council.

Stephen Kinsella, chief land and development officer at Homes England, added: ‘Montague Street is the fourth and final parcel of land we’ve acquired in the area, creating one of the largest development sites in the city centre.’

The development as a whole is expected to deliver 36,000 jobs, more than 4,000 homes and £1.7bn private sector investment.