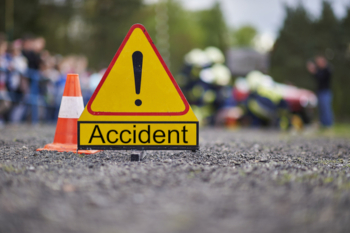 Fatal accidents are usually preventable which leads to questions of responsibility and criminal liability. Guy Bastable and Tom McNeill seek to explain when organisations and individuals will be found criminally liable, for which offences, and with what sanction.

The legal landscape of a fatal accident

The legal landscape applicable to fatal accidents has been transformed by the Corporate Manslaughter and Corporate Homicide Act 2007 and the Health and Safety (Offences) Act 2008, and more recently the Sentencing Council’s definitive guideline, 'Health and Safety Offences, Corporate Manslaughter and Food Safety and Hygiene Offences', which together have ushered in a new era of criminal liability for organisations, directors and employees.

An investigation following a fatal accident is now undertaken with a view to prosecuting:

Corporate manslaughter, gross negligence manslaughter and health and safety offences are all criminal offences that are prosecuted in the criminal courts and attract significant penalties (very high fines or imprisonment).

The Corporate Manslaughter and Corporate Homicide Act 2007 came into force in April 2008. Previously, it had been notoriously difficult to convict large companies of the common law offence of gross negligence manslaughter (which, until the Act, had been commonly referred to as “corporate manslaughter”), although there had been a number of convictions of small companies.

The Act removes the necessity under the old law to identify and establish the guilt of a ‘directing mind’, a senior individual who could be said to embody the company in his actions and decisions. In a large or medium-sized organisation, such an individual is often far removed from the events surrounding the death, making establishing his guilt for gross negligence manslaughter unlikely.

Instead, the Act concentrates on the way in which the organisation’s activities were managed or organised, commonly referred to as a ‘management failure’, and whether that caused the death (although it need not be the sole or principal cause of death; it must only have contributed significantly) and was a gross breach of a relevant duty of care. Further, the way in which its activities were managed or organised by its senior management must be a substantial element of that breach. In addition, unlike the previous common law offence, significantly the Act allows the aggregation of failings by a number of individuals.

The defendant in that case, CAV Aerospace Ltd, had 460 employees and a £73m turnover, and, unusually, senior management had received and not acted upon written warnings of the precise risk that led to the subsequent fatality. However, for large organisations the unlikelihood that any management failure attributable to senior management would be sufficiently gross as to be criminal, means that successful corporate manslaughter prosecutions of large organisations are likely to remain exceptional.

This is well demonstrated by the misconceived prosecution of the Maidstone and Tunbridge Wells NHS Trust, the largest organisation to date prosecuted for corporate manslaughter under the Act. A mother died following a Caesarean section whilst under the care of two qualified and experienced anaesthetists. The Crown alleged manslaughter against both anaesthetists. Its case against the Trust, at its highest, was that there were failings in its system of appointment and appraisal of the anaesthetists. In dismissing the case, the judge found that any such failings by the Trust, even if proven, were 'nowhere near the sufficient gravity required to categorise their failure as criminal'.

The offences – breaches of the Health and Safety at Work etc. Act 1974

Irrespective of the applicability of corporate manslaughter, fatal accidents ordinarily involve the potential breach of the HSWA. Indeed, the HSWA places a number of general duties on employers and others, the breach of which constitutes a criminal offence.

So far as organisations are concerned, the most significant duties are those contained in sections 2 and 3 of the HSWA. Broadly speaking, section 2 of the HSWA sets out the duty on employer organisations to ensure, so far as reasonably practicable, the health, safety and welfare at work of employees. Similarly, section 3 sets out the duty to ensure, so far as is reasonably practicable, that non-employees are not exposed to risks to their health or safety arising from its undertaking.

It is important to note that the employer’s duties are personal and non-delegable, meaning that employers can delegate the performance of the duty to others, whether employees or contractors, but not responsibility for its non-performance.

By virtue of section 33, failing to discharge either of these duties is a criminal offence of ‘strict liability’ (i.e. requiring no mental element such as intention, knowledge, or negligence). In addition, following the decision of the House of Lords in R v Chargot [2008] 2 All ER 1077, a person’s death is strong evidence that there was exposure to risk such that the burden of proof effectively shifts to the defence – the defendant organisation has to prove that it took all reasonably practicable steps to ensure the health and safety of the deceased.

The extent of these duties is important to emphasise. Even if an organisation has devised a safe system of work, a failure to operate that system, whether by an employee (including the deceased) or a contractor, may place the employer in breach of its duty. Reasonably practicable steps will include not only instructing employees on safety procedures, but also ensuring that they are followed, such as by reasonable supervision and monitoring.

Finally, section 7 places a duty on employees to take reasonable care for the health and safety of others who may be affected by their acts or omissions. Again, by virtue of section 33, failure to do so is a criminal offence.

Effective from 1 February 2016, the Sentencing Council’s definitive guideline, 'Health and Safety Offences, Corporate Manslaughter and Food Safety and Hygiene Offences' has brought about a sea-change in penalties for corporate manslaughter and health and safety offences, with significantly increased fines.

The guideline sets out a sentencing decision sequence, beginning with an assessment of culpability and harm, and going on to consider the financial means of the defendant and other relevant factors. Significantly, unlike previous guidance, it introduces turnover-linked sentencing bands for fines.

An individual convicted of manslaughter will typically face a prison sentence of between 2 and 10 years, as well as an unlimited fine. Individuals convicted of health and safety offences also face unlimited fines, and the court can pass a custodial sentence, ranging from a sentence of conditional discharge to imprisonment of up to two years.

Recent years have seen an increased appetite to crack down on all manner of corporate offending, notably with the introduction of ‘failure to prevent’ offences for bribery and tax fraud which have to some degree adopted the health and safety model. However, the health and safety sphere arguably remains the most comprehensively regulated. Notwithstanding the limitations of the corporate manslaughter offence, organisations that could reasonably have done more to prevent a fatal accident can expect prosecution and significant fines, while culpable individuals risk imprisonment.