Upheld complaints against councils on the rise 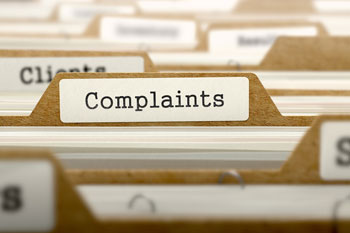 The number of investigations upheld by the Local Government Ombudsman has risen by 5%, according the watchdog’s latest statistics.

According to the ombudsman’s Annual Review of Local Government Complaints, 51% of investigations in 2015/16 were upheld, compared to 46% the previous year.

In total, the watchdog received 19,702 complaints and enquires about local authorities during the 12-month period, which was a similar number to the year before.

The report shows a 13% increase in complaints and enquires relating to education and children’s services.

‘We are publishing this report to demonstrate the scale of our work and provide an open resource to help others scrutinise local public services,’ said ombudsman, Dr Jane Martin.

‘While the number of complaints we receive is relatively small in comparison to the thousands of daily interactions between people and their councils, each complaint represents a problem that could not be resolved locally.’

A spokesman for the Local Government Association (LGA) said: ‘Local government remains one of the most trusted parts of the public sector. Public polling has shown that satisfaction with councils remains high.

‘Councils are increasingly having to do more with less and to try and protect services. The next few years will still be a challenge and councils will continue to have to make significant reductions to local services to plug funding gaps.

‘Against this challenging backdrop, it is encouraging to see the overall number of complaints has not risen from last year.’

‘Decisions about the care and wellbeing of vulnerable children and young people are complex and often contentious, and it is therefore unsurprising that children's social care remains a focus for complaints,’ added the LGA spokesman.