Over a million UK citizens living in destitution, report reveals 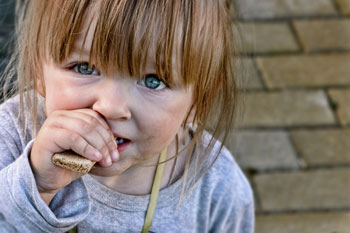 1.25 million people, including over 300,000 children, are destitute in the UK, according to a new report.

The Joseph Rowntree Foundation (JRF) found 1,252,000 people, including 312,000 children, were destitute at some point in 2015. It also revealed four out of five of them were born in the UK and around a third had a complex need.

The JRF commissioned the study because destitution—defined as when someone lacks two or more basic essentials in one month—is not currently measured by the Government.

The research, carried out by experts from Heriot-Watt University, discovered that while young, single people, particularly men, are more likely to be destitute, there are considerable numbers of families living in destitution.

The most common causes, the report found, are: the extra costs of ill health and disability; the high costs of housing and other essential bills; unemployment; a financial shock like a benefit sanction or delay.

The researchers identified destitution by surveying people who came to voluntary sector crisis services, like food banks and debt advice charities, in nine areas over one week in 2015. They combined these figures with other national statistics.

Julia Unwin, chief executive of the JRF, said: ‘There are a shocking number of people in the UK living in destitution. It is simply unacceptable to see such levels of severe poverty in our country in the 21st Century.

‘Governments of all stripes have failed to protect people at the bottom of the income scale from the effects of severe poverty, leaving many unable to feed, clothe or house themselves and their families.’

£25,809 - £30,711 Career Grade post
We are currently seeking an enthusiastic and personable individual who will enjoy working as an integral part of... Bexleyheath, London (Greater)
Recuriter: London Borough of Bexley