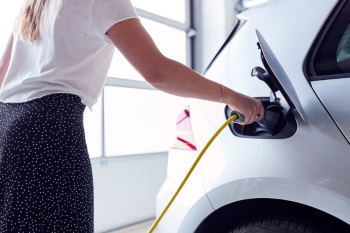 Ofgem today announced that it is investing £300m in new infrastructure to support the roll out of 1,800 ultra-rapid charging points at motorway service areas.

The energy regulator said the investment will be delivered in the next two years and is part of a £40bn plan to ensure Britain has the energy infrastructure it needs to support the move to low carbon transport and heating.

Every region in Britain will benefit from today’s announcement, with 204 net zero projects worth £300.5m across England, Scotland and Wales. These low carbon projects start this year, supporting clean transport and heat, and opening up local electricity grids to take on more low carbon generation.

Ofgem research has found that 36% of households that do not intend to get an electric vehicle are put off making the switch over a lack of charging points near their home.

An extensive motorway charging network and more charging points in cities and train stations will help address this ‘range anxiety’, according to Ofgem.

Investment also covers more rural areas with charging points for commuters at train stations in North and Mid Wales and the electrification of the Windermere ferry.

‘This £300m down payment is just the start of building back a greener energy network which will see well over £40bn of investment in Britain’s energy networks in the next seven years,’ said Jonathan Brearley, chief executive of Ofgem.

‘The payment will support the rapid take up of electric vehicles which will be vital if Britain is to hit its climate change targets. Drivers need to be confident that they can charge their car quickly when they need to.

‘We’re paving the way for the installation of 1,800 ultra-rapid charge points, tripling the number of these public charge points. Drivers will have more charging options for longer journeys.