Fire chief calls for sprinklers to be mandatory in all schools 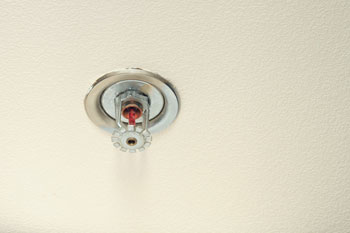 Only four new or refurbished schools in London took the advice of the Fire Brigade and installed sprinklers last year, new figures have revealed.

The figures show that despite the Fire Brigade being consulted on 184 schools, only four followed its recommendations to install sprinklers.

There were 759 fires in London schools between 2009 and July 2017, and sprinklers were only installed in 15 of these cases.

London fire commissioner Dany Cotton said: ‘Fires in schools cause major disruption to pupils. Breakfast and after school clubs are cancelled and often, a costly repair bill could have been avoided.

‘If they are incorporated from the design stage, sprinklers are around 1% of the total build cost.’