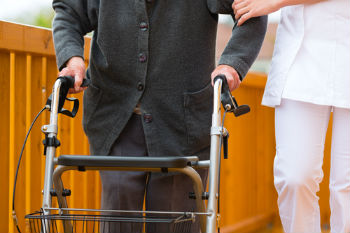 Councils have been warned that they must offer affordable options when arranging care homes following the case of a family that was wrongly left to pay top-up fees for three years.

The Local Government Ombudsman (LGO) said Solihull Council had provided ‘insufficient information’ to the family when they were attempting to organise care for their father.

The council had contacted 13 nursing homes but only found one that would accept its standard rate. The home in question did not have any vacancies.

‘When the council decided the man needed to live permanently in a nursing home it again failed to help the family find a home that did not require a top-up,’ said the LGO’s report. The family were forced to continue to pay the top-up fees even when they later told the council they were struggling to afford the payments.

The council has since offered to refund the top-up paid by the family up to when their father went in to permanent care in October 2007 but does not accept responsibility for payments made after that date.

Dr Jane Martin, Local Government Ombudsman, said: ‘When arranging care, councils must offer families an affordable alternative to a placement which requires a top-up fee. If no placements are available in their area that do not require a top-up then councils must fund the top-up themselves.

‘In this case, no affordable placement was offered and the family was not made aware that such an alternative should have been available to them.

‘I would urge Solihull Council to act upon my recommendations and consider the lessons from our focus report.’

'The report relates to a case from 2010, when adult social care was provided by Solihull Care NHS Trust on behalf of the council as part of the national agenda to bring health and social care together under a combined service.

'Adult social care was, however, taken back into the local authority in 2011. Since then we have transformed services and invested significantly in services to meet the needs of our ageing population, including the provision of improved information and advice for older people and their families.

'This investment demonstrates how seriously the council takes its responsibilities in providing care for older people within the borough, both making care affordable and offering choice.'